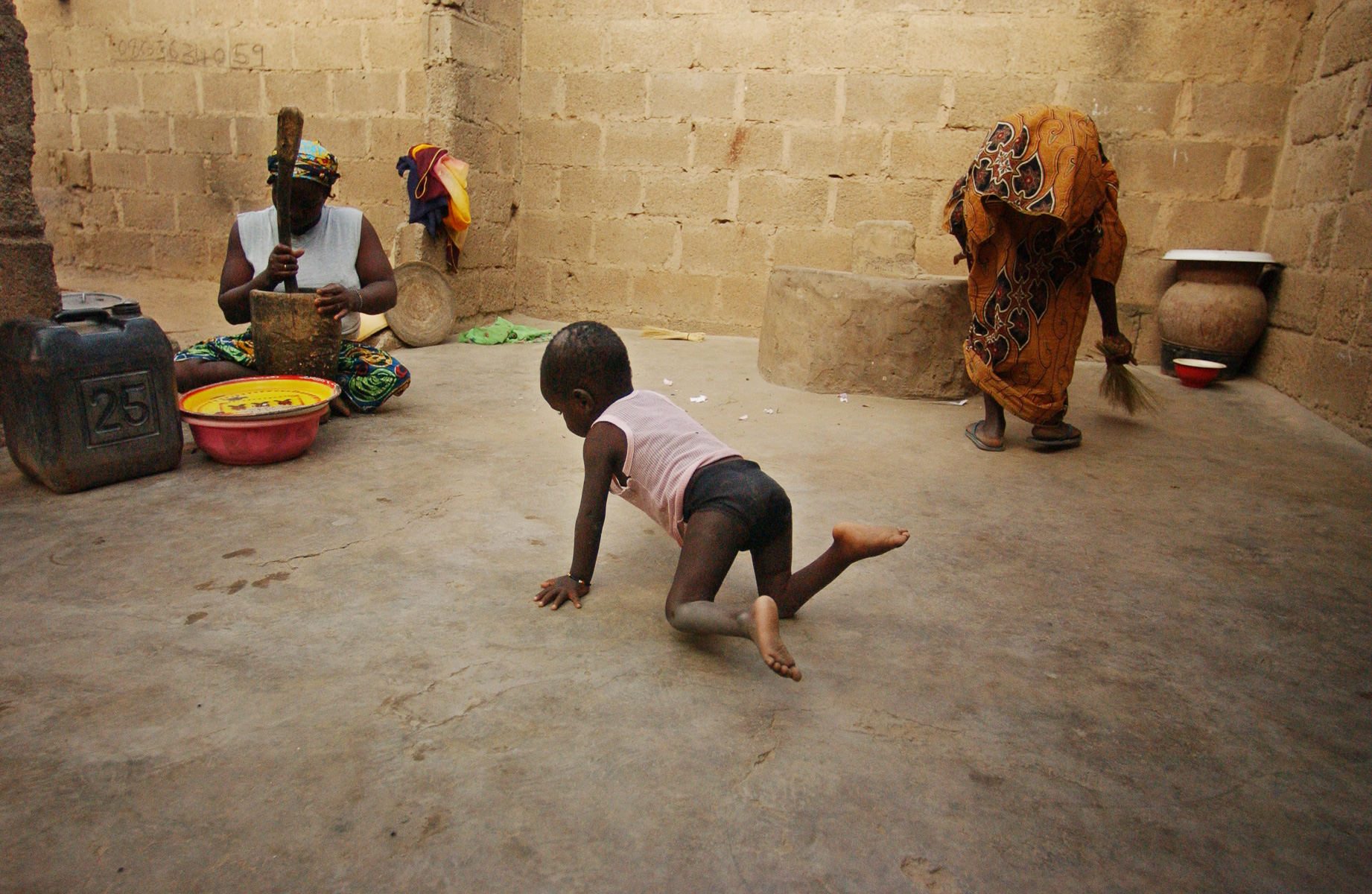 Polio was thought to be on the verge of eradication but recovered in 2004 after officials of three northern Nigerian states stopped vaccinations because of rumors that the vaccine had become contaminated with the AIDS virus, or with pork products or hormones that would render Muslim women infertile. Polio is spread by fecal-oral contact, which makes densely populated areas with poor sanitation like Kano Nigeria at particularly high risk. Northern Nigeria currently has one of the highest number of polio cases in the world. Omar Aminu, 2, is a victim, despite having received the vaccine. Both of Aminu’s parents are also victims of polio. Kano, Nigeria.