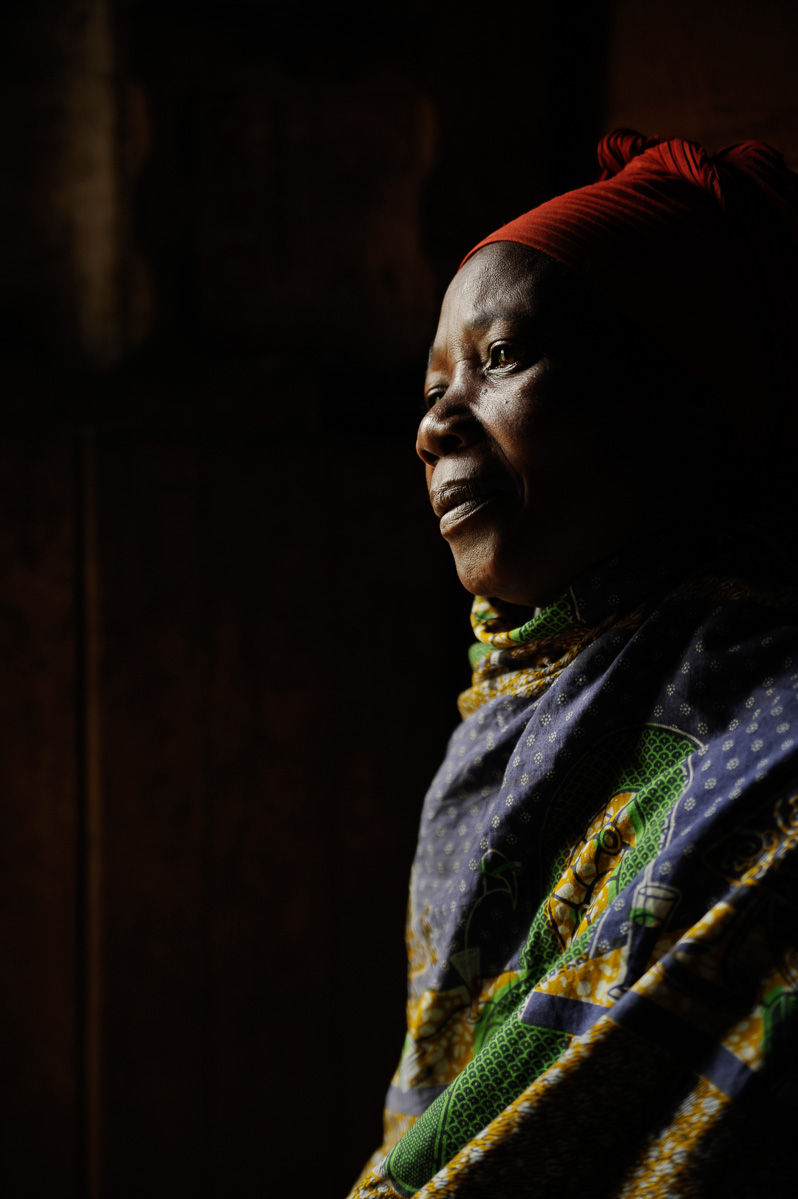 Kadjuru was in her village in the Eastern Democratic Republic of Congo when fighting between armed groups broke out. Soldiers came into her house and shot and killed her husband then two men raped her. The DRC has been at civil war for over a decade, leaving 5 million dead and displacing millions. Another terrible result of this war is the widespread rape of women and young girls by all of the armed groups and now sexual assaults are on rise by civilians as well. Kivu, DRC.