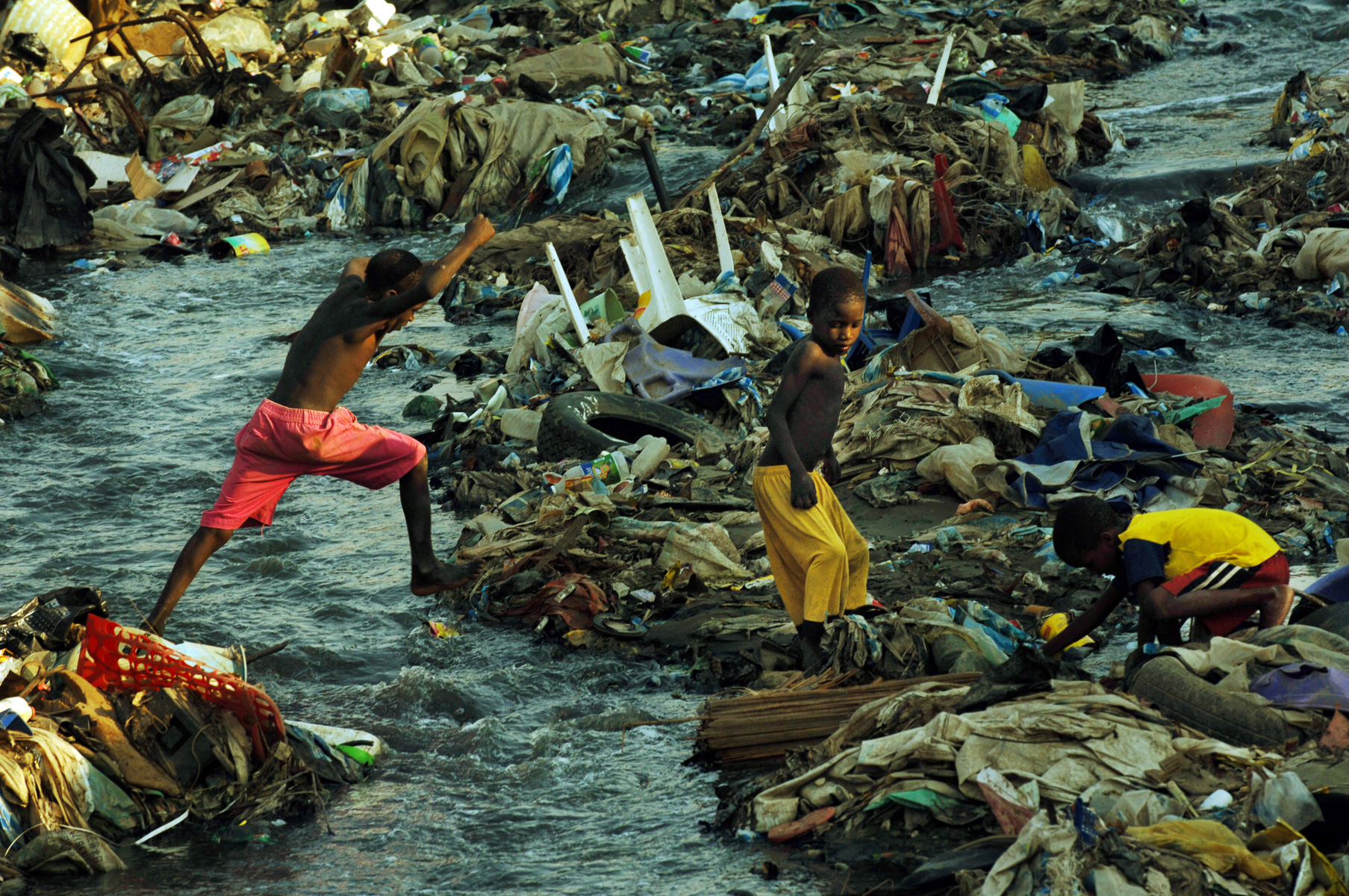 
Mountains of rubbish are a common sight in Luanda. There is no organized waste collection for people to dispose of garbage. Without regular garbage collection waste is dumped in unofficial sites very close to or right inside densely populated areas. These rotting heaps become quagmires during the rainy season and are all too often the only playgrounds for children. Since February 2006, the Angolan capital of Luanda has been experiencing its worst ever cholera epidemic. Over 40,000 people have become sick and approximately 1,500 have died due to the epidemic. Angola.