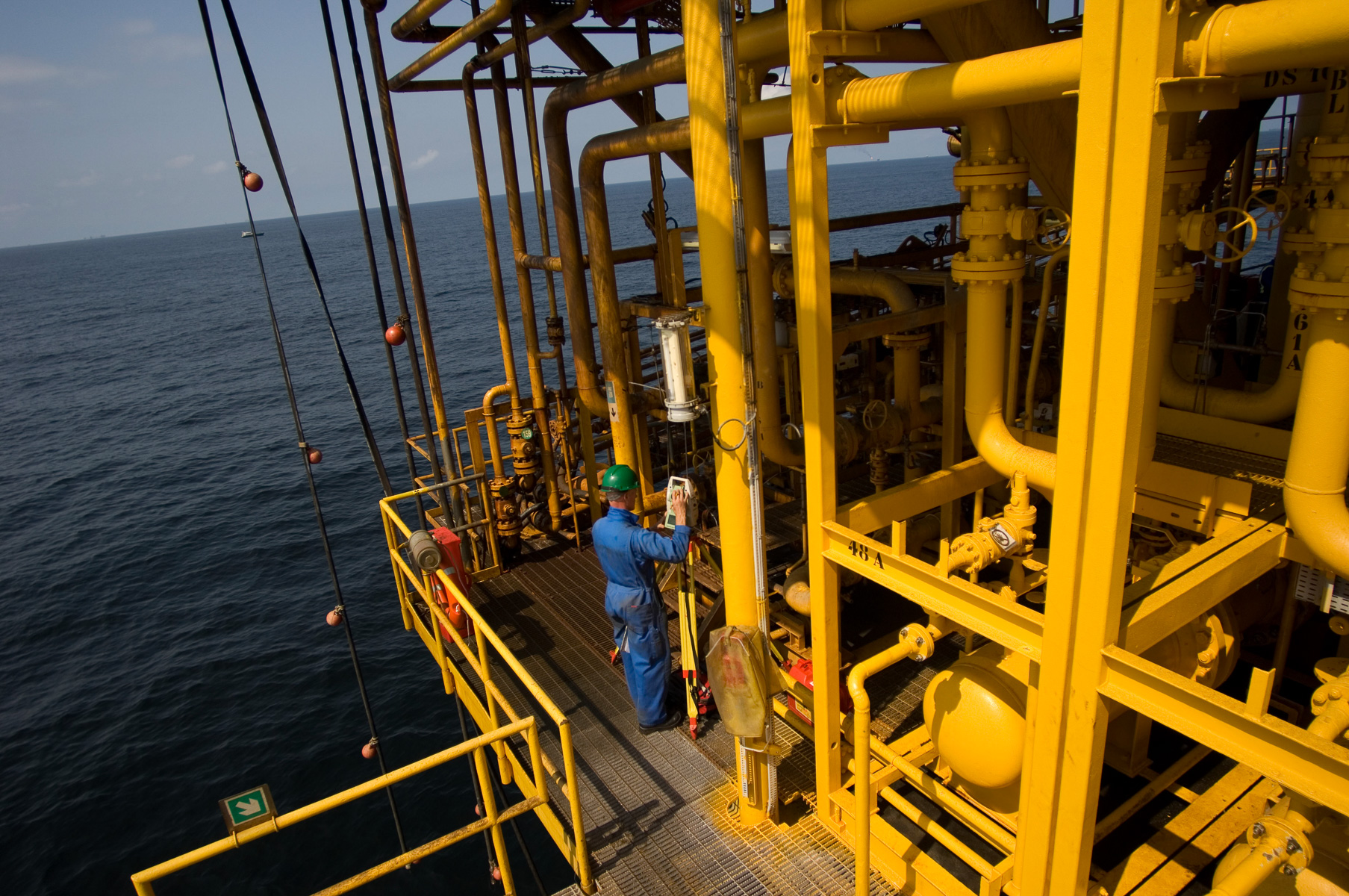 Angola is emerging from one of the continent's longest-running civil wars and is currently Africa's fastest-growing economy, driven by oil production. In recent years, Angola has become an important supplier of oil to the United States and is presently the largest supplier of crude oil to China. However, the government has an abject record on transparency, corruption and human rights. A recent Human Rights Watch report said four billion dollars of oil revenue vanished between 1987 and 2002 and The World Bank estimates 70% of Angolans live on less than two dollars a day. Most live in dire poverty and lack access to basic health care. One in four children do not make it to their fifth birthday and many observers stress the Angola government should be spending more on health, education and reduction of poverty. Pacassa or PACF4 a Sonangol oil production platform is part of block 3 which produces approximately 65,000 barrels of oil per day. October 1, 2007 ©Vanessa Vick