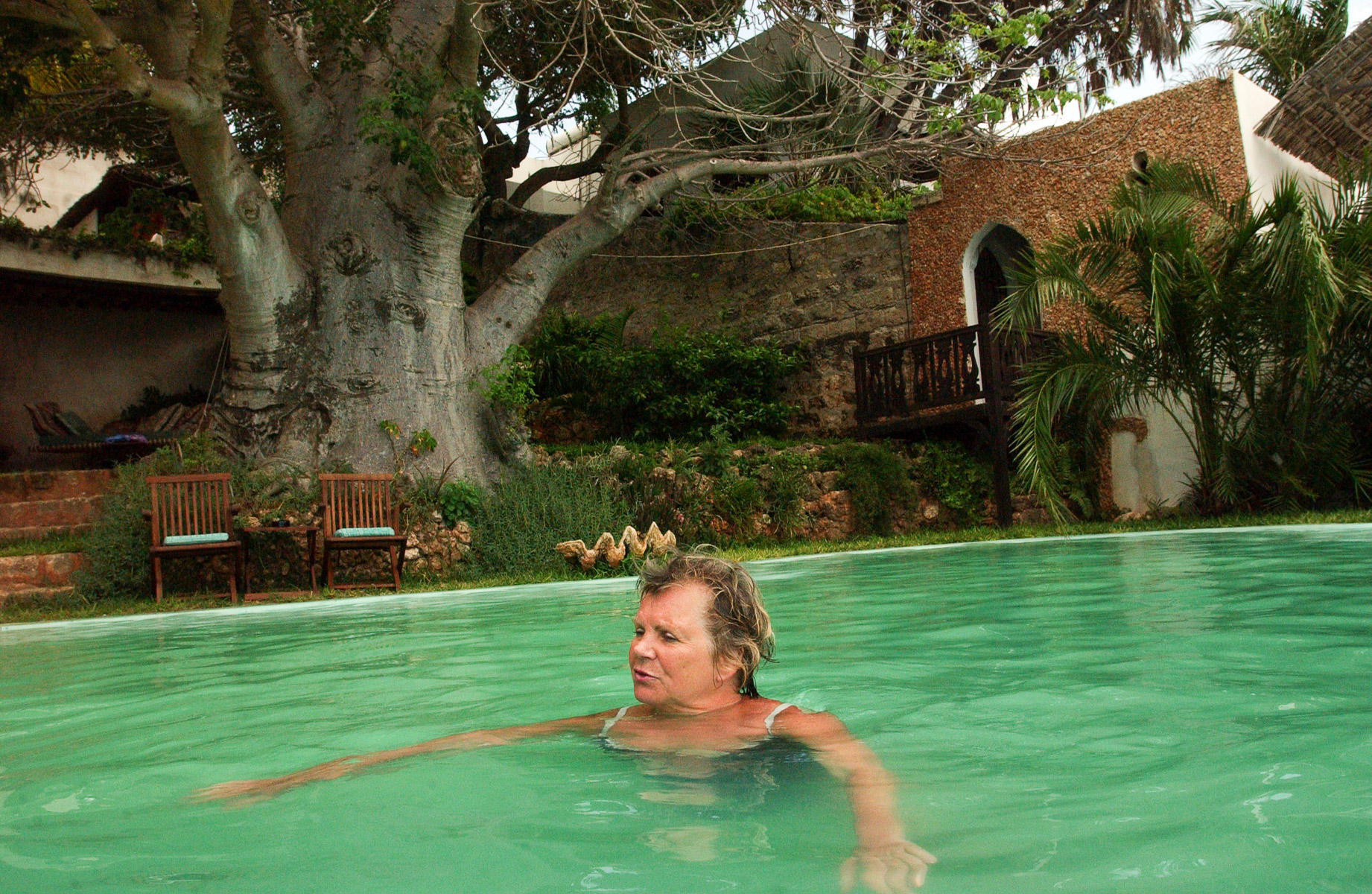 The ancient Swahili Island of Lamu tucked away at the northern end of Kenya’s coastline is one of the oldest surviving towns in East Africa. Its narrow streets, its stone buildings with beautifully carved doors, its busy waterfront teaming with dhows make it one of the most interesting tourist destinations in Africa. There is no motor traffic in fact there are only a few vehicles, which are operated by government authorities so transportation is by donkey and dhow. Lamu dates back to at least the 14th century but grew when Arab settlers established a busy trading post at the start of the 16th century, exporting ivory, mangrove poles, tortoiseshell and slaves. Most of the fine Swahili houses were built in the 19th century. In 2001 Lamu was declared a Unesco World Heritage Site. Carys Wynne enjoys the pool surrounded by Baobab trees at the Peponi Hotel at Shella Beach on Lamu. 3/13/2005. ©Vanessa Vick