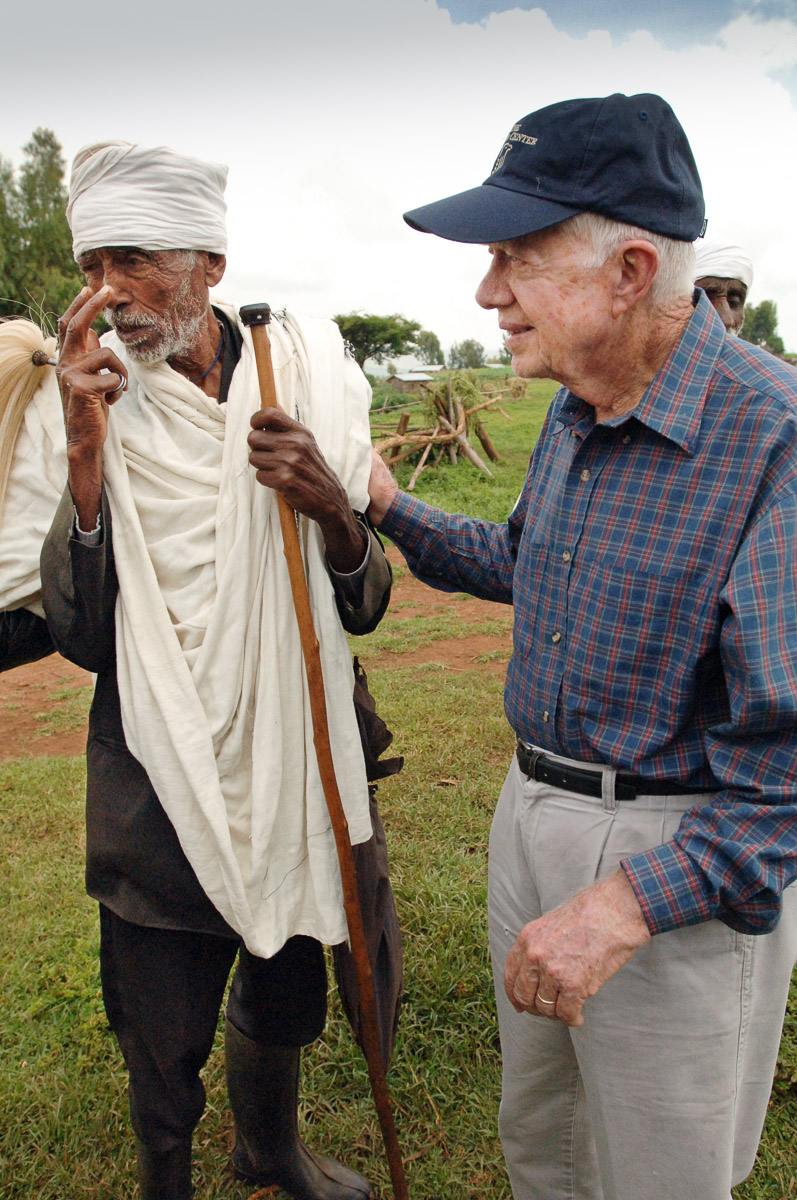 Former US President Jimmy Carter his wife Rosalynn Carter and a delegation tour Mosebo a village in Ethiopia where The Carter Center has worked in an effort to eradicate Trachoma. The Carter Center’s goal was to have 10,000 latrines built in rural villages in order to reduce the number of flies the program became so popular that over 90,000 latrines were constructed. Trachoma is the leading cause of preventable blindness worldwide. It is caused by infection with Chlamydia trachomatis bacteria, making it both treatable and preventable. The advanced stage of trachoma trichiasis, the inward turning of eyelashes that leads to corneal abrasion and eventual blindness causes extraordinary pain and discomfort to the sufferer. Women are approximately three times more likely to have trichiasis than men. Surgery is used to reverse the in turned eyelashes of patients with trichiasis. Mosebo Ethiopia September 15, 2005. (Photograph by Vanessa Vick)